▓─ 42 ŁČ
The new Premier , who is Minister for Native Affairs , has outlined a further
development of native policy , involving segregation , the institution of local
councils of some kind on which native representatives are to sit , and ,
incidentally , the ...
▓─ 192 ŁČ
which are noticed below ; and the further vista opened up in Ī¦ The Disinherited
Family Ī© of requiring the mother to produce frequent certificates of the condition of
her children from State or municipal officials , with provisions for dealing with any
...
▓─ 321 ŁČ
It was further observed that in all cases in which the thyroid gland had been
destroyed by accident or disease , or had been removed by operation , a
condition of mental sickness , similar in certain respects to Cretinism , made its
appearance . 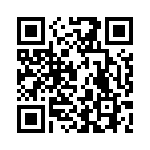