Aung San Suu Kyi is the pre-democracy opposition leader in Myanmar, formerly known as Burma. She has been kept under detention for most of the past two decades. Her party, the National League for Democracy, won an overwhelming victory in 1990 elections but was denied power by the military, which has ruled since 1962. She is still being held by the government of Myanmar. 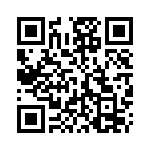