Joe Feagin is Ella McFadeen professor of Liberal Arts at Texas A&M and is author of nearly a dozen books including several with Routledge including: Racist America, White Racism, and Black in Blue. 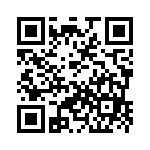