Peter Constantine's most recent translations are Sophocles' Theban Trilogy, The Essential Writings of Machiavelli, and The Bird is a Raven by Benjamin Lebert, which was awarded the Helen und Kurt Wolff Translation Prize. He was awarded the PEN Translation Prize for Six Early Stories by Thomas Mann, and the National Translation Award for The Undiscovered Chekhov: Thirty-Eight New Stories. His translation of the complete works of Isaac Babel received the Koret Jewish Literature Award and a National Jewish Book Award citation. He has recently translated Gogol's Taras Bulba, Tolstoy's The Cossacks, and Voltaire's Candide for Modern Library. He was one of the editors for A Century of Greek Poetry: 1900-2000, and is a senior editor at Conjunctions. 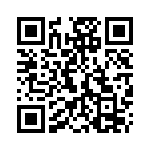