≤ń 53 ≠∂
this is the foundation of the comic manner in all the arts , and has been but very
imperfectly treated by moral writers , it was thought proper to give it a particular
illustration , and to distinguish the general sources from which the ridicule of ...
≤ń 130 ≠∂
Know then whate'er of the world's ancient store , Whate'er of mimic art's reflected
scenes , 181 With love and admiration thus inspire Attentive Fancy , her delighted
sons In two illustrious orders comprehend , Self - taught . From him whose ...
≤ń 196 ≠∂
These at last , in conjunction with the Papal power , entirely extinguished the
spirit of liberty in that country , and established that abuse of the fine arts which
has been since propagated over all Europe , Ver . 30. Thus from their guardians
torn ... 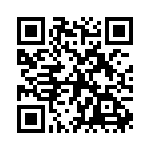