Emerson's classic essays on "spiritual potential" and "self-reliance" can inspire readers toward their own unique paths of self discovery. He moves his audiences away from conformity, greed, and the ... ĺ\Ň™ĶŻĹ◊•Ģ§Ś

To read the essays is to fall into a lost world of beautiful sentences. The fact that anyone could have thought in such long, beautiful sentences that are both substantial and elegant is one thing; that we have the legacy to read now is nothing short of a miracle. ĺ\Ň™ĶŻĹ◊•Ģ§Ś

Peter Norberg has been Assistant Professor of English at Saint Joseph's University in Philadelphia since 1997. A specialist in New England transcendentalism and the history of the antebellum period, he also has published on Herman Melville's poetry. He currently is writing a history of Emerson's career as a public lecturer. 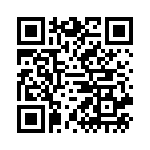