In this dense, scholarly work, Christensen argues that the phenomenon of "Byronism'' was created by a literary system involving poet, publisher, reviewers, and readers. Moreover, this economically ... ¥\┼¬Á¹¢ÎÑ■ñÕ

Jerome Christensen is professor of English at the Johns Hopkins University. He is the author of Practicing Enlightenment: Hume and the Formation of a Literary Career. 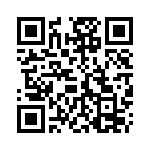