▓─ 104 ŁČ
Lord Curzon has nothing to do with the preparation also called attention to the
fact that in the of the Budget , and has no right to present House of Lords there
are 170 amend a Budget bill , whether it provides members , formerly commoners
...
▓─ 641 ŁČ
If put thus : Will the Court of Commerce , in the establishment of this new court the
if established by this bill , have larger bill provides for the broad court review
powers in reviewing the acts of the Inter - which was rejected four years ago , that
...
▓─ 819 ŁČ
Root expressed himself as in favor of an Unlike the original Inter - State
Commerce amendment which would make it clear Bill , and unlike the Roosevelt
Railway Rate that no agreement until approved by Regulation Bill , this bill does
not so ... 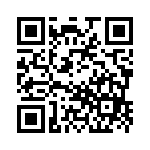