Agustín Fuentes is a professor and Chair of Anthropology at the University of Notre Dame. His current research focuses on cooperation, community and semiosis in human evolution, ethno-primatology and multispecies anthropology, evolutionary theory, and interdisciplinary approaches to human nature(s). Fuentes°¶s recent books include Evolution of Human Behavior (Oxford, 2008), Biological Anthropology: Concepts and Connections (McGraw-Hill, 2011), and Race, Monogamy, and Other Lies They Told You: Busting Myths about Human Nature (University of California, 2012). Aku Visala is a senior researcher in the Centre for Excellence in Reason and Religious Recognition Research at the University of Helsinki. He has previously held research positions in the Department of Anthropology at the University of Notre Dame, the Centre for Anthropology and Mind at the University of Oxford, and the Center for Theological Inquiry in Princeton. He is the author of Naturalism, Theism, and the Cognitive Study of Religion: Religion Explained? (Ashgate, 2011) and a number of other books in the philosophy of religion. His current research interests include the cognitive and biological bases of recognition and theological and philosophical anthropologies as they relate the cognitive sciences and evolutionary psychology. 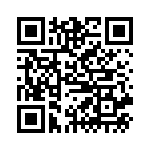