▓─ 758 ŁČ
Respecting the significance of the degrees given in this country, Professor Bryco,
in the American Commonwealth, says: "As regards the worth of the degrees
given, thera is, of course, the greatest possible difference between those of the ...
▓─ 1008 ŁČ
No sooner cI.mjs the German Emperor complain, lor instance, that he finds that
the curriculum of the German public schools in the past has given him no aid in
combatting the socialistic theories so prevalent in his Kingdom of Prussia, and ...
▓─ 1210 ŁČ
manual training studios, to those who can readily follow the lectures on the
subject given once a week at the university at Leip9ic, and to those again who,
besides .studying manual training, wish to perfect themselves in German, and to
see ... 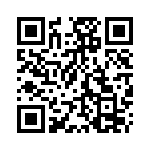