▓─ 429 ŁČ
The provisions for salaries and wages in this Act are projected to cover the
salaries and wages which shall become due and payable during the fiscal year
ending June 30, 1974. Section 34. All entitlement payments from Federal
Revenue ...
▓─ 741 ŁČ
Total budgetary appropriations for salaries and wages of employees in "
Classified Service," as defined in Section 5903, Chapter 29, Delaware Code, for
the fiscal year ending June 30, 1974, or any statutory provisions notwithstanding,
...
▓─ 1152 ŁČ
750 AN ACT MAKING APPROPRIATIONS FOR THE EXPENSE OF THE STATE
GOVERNMENT FOR THE FISCAL YEAR ENDING JUNE 30, 1975, AND TO
AMEND CERTAIN PERTINENT STATUTORY PROVISIONS. Be it enacted by the
... 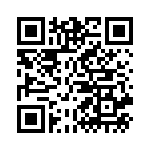