▓─ 112 ŁČ
Perhaps it may not be over fanciful to say that every writer is , in a sense , a
translator , inasmuch as every writer is confronted with the task of translating into
words the idea , the image , the vision which he contemplates with his mind ' s
eye .
▓─ 182 ŁČ
Grouped round a central idea , the relevant facts would have fallen into their
proper place , and Mr . Guedalla ' s own imagination would have rescued him
from sterility . Absorption in an idea leads to creative discovery , and this is the ...
▓─ 339 ŁČ
But such criticism loses its point if we keep clearly distinct in our minds the idea of
the State , i . e . , the organs of government , together with the physical force at
their disposal , and the idea of the community at large . In developing the thesis ... 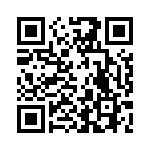