James A. Knapp is an assistant professor of English Language and Literature at Eastern Michigan University. His essays on book-illustration and cultural poetics have appeared in Criticism, Disputatio, and ELH, as well as a variety of essay collections. He is currently the co-editor of JNT: Journal of Narrative Theory 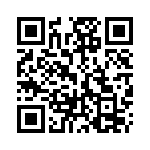