Lies of omission is a more accurate title. I found this book to be a little disappointing. Perhaps it's my fault for misinterpreting the subject matter. I had assumed it dealt with information that ... Š\┼¬Ą¹Įūź■żÕ

James Loewen is best known for his breakthrough "Lies My Teacher Told Me," a scathing attack on traditional history textbooks for their superficial, nationalist, pro-imperialist views. It's fine to ... Š\┼¬Ą¹Įūź■żÕ

James W. Loewen is the bestselling author of Lies My Teacher Told Me and Lies Across America. He is a regular contributor to the History Channel's History magazine and is a professor emeritus of sociology at the University of Vermont. He resides in Washington, D.C. 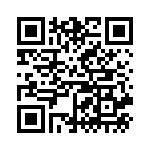