▓─ 87 ŁČ
British capital , in turn , was to aid in setting up the rival industrial empires in
Germany , Japan , and the United States , which were eventually to topple
England from her industrial supremacy . Thrice England had met and defeated
challengers ...
▓─ 92 ŁČ
standing of the role played by capital , industrial labor , and merchants in the
creation of national wealth , and it is notable that Jefferson learned to appreciate
these last only after 1800 . During the seventeenth century , as manufacturing ...
▓─ 132 ŁČ
industrial properties . Financiers thus gained control of industry and piled up vast
monopolies and cartels to institute the reign of financecapitalism . They were , in
effect , masters of the market and of the national life , and their tentacles literally ... 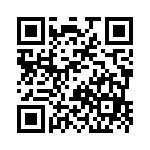