▓─ 80 ŁČ
The flood showing no signs of abating , and no orders from their chief being likely
to reach them , they were seen to move off , and disappeared from the sight of
their comrades , no one knew whither , whilst General Habert , after vainly trying
to ...
▓─ 401 ŁČ
It is first seen in the very early painters , and is • also a proof of their looking at
nature , as fit for imitation , most ' in the evening , when shadows are soft , when
local colours are hence not destroyed by violent opposition of light and shade ...
▓─ 480 ŁČ
Meanwhile , had it but been given to Roman eyes to comprehend it , they would
have seen the stealthy Asiatic foe that was to conquer them , putting on by
degrees its Western aspect , arming itself by degrees with the Western logic ,
learning ... 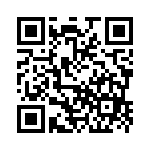