British English for American readers: a dictionary of the language, customs, and places of British life and literature

For Americans facing British culture in books, on TV, or in other media, this dictionary really fills a void. What is bubble and squeak ? How do you roger ? Who is a yob ? Can these words be used in ... 閱讀評論全文

DAVID GROTE is a playwright, writer, and magazine editor. His books include The End of Comedy (1983), Script Analysis (1984), Staging the Musical (1986), Theater: Preparation and Performance (1988), and Common Knowledge: A Reader's Guide to Literary Allusions (Greenwood Press, 1987). 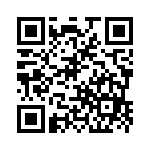