GÜNTER BISCHOF is an Associate Professor of History and the Associate Director of Center for Austrian studies at the University of New Orleans. He has taught as a guest professor at the Universities of Salzburg (1998), Vienna (1998), Innsbruck (1993-4) and Munich (1992-4) and also lectured at the Austrian Diplomatic Academy (1998). He was appointed a guest scholar at the Institute of Human Sciences in Vienna (February 1998). He is founding co-editor of Contemporary Austria Studies (6 vols, Transaction, Rutgers University) and the Eisenhower Center Studies of War and Peace (7 vols, Louisiana State University Press). He has co-edited a dozen books and written some three dozen articles on the history of World War II military history and POW treatment, early Cold War diplomacy and Austrian contemporary history. His Harvard dissertation Between Responsibility and Rehabilitation: Austria in International Politics 1940-50 won prizes both from the Harvard History Department and the Austrian Ministry of Science. He won an undergraduate teaching prize at Harvard and won the Early Career Achievement Award from the UNO Alumni Association. 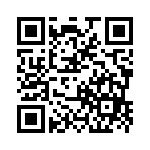