Elbert Hubbard was born in 1859 in Bloomington, Illinois, and never received more than a grade-school education. A self-made man in many respects, Hubbard filled in the gaps in his knowledge through voracious reading, a passion which became manifest in the founding of the Roycroft Shop, a publishing house specializing in deluxe bindings. He wrote a series of 182 biographies under the series title Little Journeys to Homes of the Great and also published two magazines, The Philistine and The Fra, producing much of the content himself. Elbert Hubbard and his wife, Alice, were traveling to England on the Lusitania and went down with the ship when it was struck by a German torpedo on May 7th, 1915. 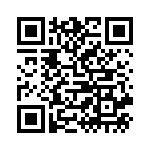