▓─ 56 ŁČ
Tinker played with the Cincinnati Reds after the Cubs , played and managed in the Federal League and then managed the ... 125 Years Nicknamed for the city of his birth , baseball player Ī¦ Wahoo Sam Ī© Crawford was born at Wahoo , NE .
▓─ 268 ŁČ
Born at Pittsburgh , PA , Johnny Unitas played football for University of Louisville . After college , he went to work as a construction worker but continued to play football ( for $ 6 per game ) for the Bloomfield Rams , a semipro team ...
▓─ 519 ŁČ
It was set in rural California and featured the McCoys , played by Walter Brennan , Richard Crenna , Kathleen Nolan ... The only major league player selected most valuable player in both the American and National Leagues , Frank ... 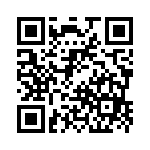