J. P. Vaswani is an Indian scholar, spiritual leader and head of the Sadhu Vaswani Mission, which is an international, non-profit organisation with its headquarters in Pune. He has spoken at numerous conferences and venues including the British House of Commons in London, the Global Forum of Spiritual Leaders in Oxford, and the World Parliament of Religions in Chicago. He was honoured with the U Thant Peace Award. He has authored several much acclaimed and loved books and has captivated the hearts of millions worldwide. 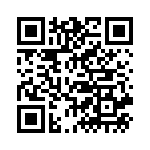