Werner Hullen is Professor Emeritus of English Linguistics at the University of Duisburg-Essen, Germany. He has published widely on the teaching and learning of English as a foreign language. His most recent interest is the history of linguistics, particularly lexicography. On the occasion of his sixtieth birthday, Professor Hullen was awarded a two-volume Festschrift, Perspectives on Language in Performance, edited by Wolfgang Lorscher and Rainer Schulze, (Tubingen 1987). On the occasion of his seventy-fifth birthday, the members of the Oxford based Henry Sweet Society for the History of Linguistic Ideas, whose president he was between 1992 and 2002, honoured him with a reprint of Collected Papers on the History of Linguistic Ideas, edited by Michael M. Isermann (Munster 2002). 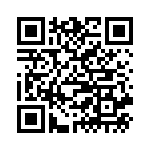