≤ń xli ≠∂
With regard to 11. vii . , Mr. Daniel says , °ß The position of this scene , enclosed as it were by scenes which undoubtedly occur on one and the same day , determines its coincidence in point of time with those scenes .
≤ń xlii ≠∂
A regard for variety in the contents of an Act may have led to some inversion of the natural order , where no striking inconsistency was involved thereby . Probably Julia's plan of departure is included in Act 11. ( sc . vii . ) ...
≤ń 104 ≠∂
Malone's instances Felismena then declares herself and re- of the active verb °ß tender , °® to regard , proaches him with all the troubles she care for , are little to the point . The has passed through on his behalf . adjective is ... 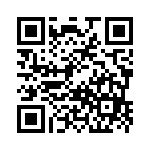