▓─ 30 ŁČ - I will be as harsh as truth, and as uncompromising as justice. On this subject, I do not wish to think, or speak, or write, with moderation. No! no! Tell a man whose house is on fire, to give a moderate alarm; tell him to moderately rescue his wife from the hands of...
źX▓{”b 516 «č─yżżĪA«╔ČĪĮd│“ĪG1831-2008

Peter Knight, PhD, is a lecturer in American studies at the University of Manchester, Manchester, England. 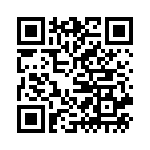