Mary Keller is an adjunct in the religious studies and African American studies programs at the University of Wyoming. 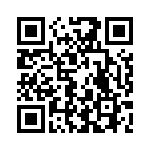