Isaac Babel was Russian, killed in 1940 by firing squad at 45-years old for °įbeing a member of a terrorist conspiracy.°Ī Let us make no mistake: he was killed for his stories. Those stories and other ... ‘ń∂ŃÕÍ’Ż∆ņľŘ

The complete works of Isaac Babel

It's all here diaries, plays, and screenplays as well as the incomparable stories that made Babel one of the great Russian writers of the 20th century. With a little help from Babel's daughter, Nathalie, and the skills of an award-winning translator, this should be great reading. ‘ń∂ŃÕÍ’Ż∆ņľŘ

Peter Constantine is the director of the Program in Literary Translation at the University of Connecticut, the publisher of World Poetry Books, and editor-in-chief of the magazine New Poetry in Translation. A prolific translator from several modern and classical languages, Constantine was awarded the PEN Translation Prize for Six Early Stories by Thomas Mann, the National Translation Award for The Undiscovered Chekhov, the Helen and Kurt Wolff Translator's Prize for his translation of The Bird Is a Raven by Benjamin Lebert, and the Koret Jewish Book Award and a National Jewish Book Award citation for The Complete Works of Isaac Babel. 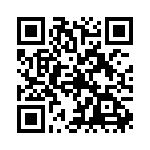