ýá 271 ÙÑ - The arts give us a great percentage of the lasting and unassailable data regarding the nature of man, of immaterial man, of man considered as a thinking and sentient creature.
ËXý{Îb 41 ÛîáyÊÊÀAÛèÑÀ§d°·ÀG1918-2008

The "elder statesman" of the Black Mountain school of poets, Charles Olson directly affected the work of fellow teachers Robert Duncan and Robert Creeley, as well as students including John Wieners, Jonathan Williams, Joel Oppenheimer, and Edward Dorn. In his Selected Writings (1967), Olson emphasizes "how to restore man to his "dynamic.' There is too much concern, he feels, with end and not enough with instant. It is not things that are important, but what happens between them. . . . He thinks of poetry as transfers of energy and he reminds us that dance is kinesis, not mimesis" (N.Y. Times). Human Universe and Other Essays is a collection of interesting pieces on subjects ranging from Homer to Yeats. Proprioception is one of Olson's seminal essays on verse and the poet's awareness. Born in Worcester, Massachusetts, Olson attended Wesleyan, Harvard, and Yale Universities. He taught at Harvard University and Clark and Black Mountain colleges. He received two Guggenheim Fellowships and a grant from the Wenner-Gren Foundation to study Mayan hieroglyphs in the Yucatan. His involvement with early Indian societies stimulated his interest in mysticism and the drug culture.

Robert Creeley was born in Arlington, Massachusetts, on May 21, 1926. He attended Harvard University and served in the American Field Service in India and Burma during World War II. In 1960, he received a Master's Degree from the University of New Mexico, Albuquerque. He taught at Black Mountain College, an experimental arts college in North Carolina, and was the editor of the Black Mountain Review. During his lifetime, he published more than sixty books of poetry including For Love: Poems 1950-1960, The Finger, Later, Mirrors, Memory Gardens, Echoes, Life and Death, and If I Were Writing This. In 1960, he won the Levinson Prize for a group of 10 poems published in Black Mountain Review. He also won the Shelley Memorial Award in 1981, the Frost Medal in 1987, and the Lannan Lifetime Achievement Award. He served as New York State Poet Laureate from 1989 to 1991. He also wrote the novel The Island and a collection of short stories entitled The Gold Diggers. He edited several books including Charles Olson's Selected Poems, The Essential Burns, and Whitman: Selected Poems. He taught English at the University of New Mexico in Albuquerque and at the State University of New York at Buffalo. He died on March 30, 2005 at the age of 78.

George F. Butterick was an authority on the poet Charles Olson, edited Olson's The Maximus Poem and at the time of his death was working on a biography of the poet. He received the American Book Award for his Collected Poems of Charles Olson, published in 1987. He was a a lecturer in English and curator of the Literary Archives at the University of Connecticut. 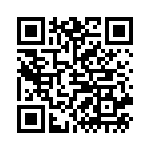