▓─ 92 ¡Â
Elsie continued : íº Willa did not depart very far from her models , hers was not a
transmuting - let alone a fantastic - imagination . She kept to the facts , the truth of
experience , the people she had known , surrounding them with love and ...
▓─ 108 ¡Â
Nevertheless , Tuan Pitman continued to have considerable misgivings over the
whole affair , and were it not for the fact that he saw himself somehow as the
instrument of Mr Sinnamuthu's misfortune and therefore obligated to some
degree he ...
▓─ 499 ¡Â
Jane continued her own appeals íX to the Admiralty , to the United States , to the
Emperors of France and Russia . The yearly rhythm continued : winter ,
preparation ; spring , departure ; summer , suspense ; autumn , return . The
Admiralty ... 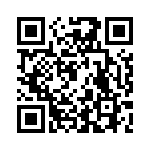