≤ń 58 ≠∂
Religious Composition Though not as important as race which affects almost
every aspect of the demographics of Singapore, religion deserves some attention
in view of its underlying influence on nuptiality, fertility, and the population control
...
≤ń 60 ≠∂
By comparison, the Chinese had the largest proportion of free-thinkers and
atheists, and also people with no religion (18.0 per cent). In the case of the
Indians, the main religion is Hinduism, which was followed by some 52.6 per cent
of the ...
≤ń 100 ≠∂
There were, of course, couples without any religion at all °X by no means a
negligible figure as 2,976 couples declared no adherence to any religion at the
time of marriage. As for Muslim couples, we have already seen that 4,367
marriages ... 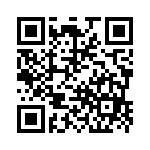