Ķŕ40“≥
THEORIES based on any single year's play-going are bound to be a little suspect
, but if 1985 has established anything in the London theatre it is surely the return
of the actor to a centre-stage position of full strength. From Ian McKellen and ...
Ķŕ68“≥
THE MUSICAL Follies has become something of a cause celibre in the years
since Stephen Sondheim first wrote it. Like several of his works, Follies has
proved a difficult proposition in the commercial theatre, and, at the time of going
to press, ...
Ķŕ80“≥
New theatre companies, bands, dance groups, touring companies and galleries
have sprung up like mushrooms in a cellar: new jobs, new arts, new areas of
positive discrimination - for blacks, for the disabled, for gays - have been pursued
, ... 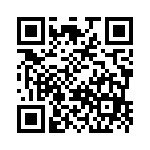