▓─ 137 ŁČ
Russians , who are firmly located Which leads to the final ques- there in ever - increasing force , tion , What means are now avail- Hankow has suffered the fate of able for the extension of British the smaller outports , and become ...
▓─ 767 ŁČ
By 200 A.D. the themselves , either as a token mutu- churches had made such progress ally understood , or as a memorial that men of even the highest posiof their faith . tion , persons of all ages and conSuch , then , were the primitive ...
▓─ 829 ŁČ
They betrayed in the middle of the work , asked no impatience ; they seemed to the sergeant in command some feel a kind of awe of the situaquestions which were apparently tion . not relevant to any military busi- The sergeant turned . 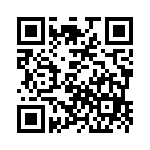