Joseph Campbell was born in White Plains, New York on March 26, 1904. He received a B.A. in English literature in 1925 and an M.A. in Medieval literature in 1927 from Columbia University. He was awarded a Proudfit Traveling Fellowship to continue his studies at the University of Paris. After he had received and rejected an offer to teach at his high school alma mater, his Fellowship was renewed, and he traveled to Germany to resume his studies at the University of Munich. During the year he was housemaster of Canterbury School, he sold his first short story, Strictly Platonic, to Liberty magazine. In 1934, he accepted a position in the literature department at Sarah Lawrence College, a post he would retain until retiring in 1972. During his lifetime, he wrote more than 40 books including The Hero with a Thousand Faces, The Mythic Image, the four-volume The Masks of God, and The Power of Myth with Bill Moyers. During the 1940s and 1950s, he collaborated with Swami Nikhilananda on translations of the Upanishads and The Gospel of Sri Ramakrishna. He received several awards including National Institute of Arts and Letters Award for Contributions to Creative Literature and the 1985 National Arts Club Gold Medal of Honor in Literature. He died after a brief struggle with cancer on October 30, 1987. 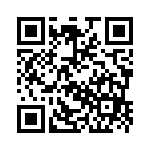