▓─ 298 ŁČ
The lack of much intimate contact with missionaries , and the visions and
vagaries of Hung , Yang , and some of the other leaders scarcely permitted the
movement to become really Christian . At its close , as at its beginning , the T ' ai
P ' ing ...
▓─ 592 ŁČ
166 Under the auspices of the Young Men ' s Christian Association , moreover ,
the Student Volunteer Movement for the Ministry came into existence . In 1886 , it
will be recalled , there had begun in the United States , as an outgrowth of the ...
▓─ 690 ŁČ
THE GROWTH OF NATIONALISM A fourth new movement after 1914 , closely
associated with this last , was the rapid growth of nationalism . It , too , was not
confined to China . In Europe and America nationalism had been one of the most
... 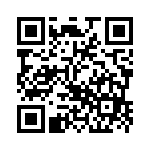