Jonathan Sawday is Professor of English Studies at the University of Strathclyde, Glasgow. He has taught at universities in Britain, Ireland, and the United States. As well as writing many articles and essays on Renaissance literature and culture, he is the author of the The Body Emblazoned (Routledge, 1995) and co-editor (with Tom Healy) of Literature and the English Civil War (1990), and (with Neil Rhodes) The Renaissance Computer (Routledge, 2000). 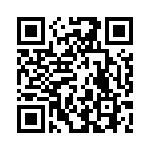