Allen Grossman was born in 1932 in Minneapolis, Minnesota. He received a B.A. and a M.A. from Harvard University and a Ph.D. from Brandeis University. He taught at Brandeis University for 35 years before moving to Johns Hopkins University, where he taught from 1991 until his retirement in 2006. His collections of poetry include The Ether Dome and Descartes' Loneliness. He received numerous awards during his lifetime including three Pushcart Prizes, the Witter Bynner Prize for Poetry, the Sara Teasdale Memorial Prize in Poetry of Wellesley College, the Sheaffer-PEN/Nex England Award for Literary Distinction, and Yale University's Bollingen Prize. He died of complications from Alzheimer's on June 27, 2014 at the age of 82. 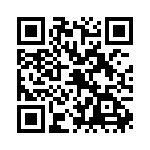