THE REPUBLICANS: From Lincoln to Bush

A once-over-lightly briefing on the individuals and principles that have made the Republican Party a force to be reckoned with in US politics since it first backed a presidential candidate (John C ... Š\┼¬Ą¹Įūź■żÕ

Robert Allen Rutland is Research Professor of History at the University of Tulsa. He is also the author of numerous books, including The Democrats: From Jefferson to Clinton, The Republicans: From Lincoln to Bush, and James Madison: The Founding Father (all with the University of Missouri Press). 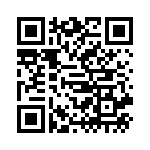