MUST read this one. Prepare to have your outlook re-oriented. I made some changes in my political outlook and actions based upon this. ¥\┼¬Á¹¢ÎÑ■ñÕ

Lou Dobbsis the anchor and managing editor of CNNíªs Lou Dobbs Tonight. He writes for Moneyand U.S. News & World Reportand manages the Lou Dobbs Money Letter. He has received the Peabody Award, the Luminary Award by the Business Journalism Review, the Horatio Alger Association Award for Distinguished Americans, as well as an Emmy Lifetime Achievement award. 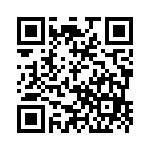