Sepher Tov! Unlocking the Torah Text is an excellent introduction to an *adult* understanding of the Torah text. Most of us learned the stories as children. Goldin reintroduces them to us, showing us ... Ÿ\ĆȘ”ûœŚ„ț€ć

Rabbi Shnuel Goldin's book, Unlocking the Torah Text is superb! He challenges the reader to approach the text by asking questions and then searching for the answers in the traditional commentaries and ... Ÿ\ĆȘ”ûœŚ„ț€ć

Rabbi Shmuel Goldin received his BS in psychology and his MA in Jewish education from Yeshiva University, and his rabbinic ordination from the Isaac Elchanan Theological Seminary of Yeshiva University. He has served as spiritual leader of Congregation Ahavath Torah in Englewood, New Jersey, since 1984. He is an instructor of Bible and Philosophy at the Isaac Breuer College and the James Striar School of Yeshiva University, founding director of and lecturer at The Eve Flechner Torah Institute, and past president and board member of numerous organizations. Noted as one of the most articulate spokesmen in the Orthodox community today, Rabbi Goldin has developed an innovative educational approach to Torah study, Jewish law and Jewish identity which is enthusiastically received by traditional and non-traditional Jews alike. Rabbi Goldin and his wife Barbara are the proud parents of five children, and grandparents of two. 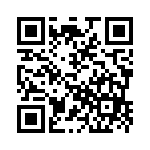