JOHN J. PATRICK is Director of the Social Studies Development Center and Professor of Education at Indiana University. A specialist in the history of the Founding Period, he is the author of more than 25 books on civic history education and a member of the Governing Body of the National Council for History Standards that prepared the National History Standards Project in 1994. In addition he served as chief consultant to the Agency for Instructional Technology in developing the prize-winning video program series on the U.S. Constitution for use in history classrooms and public television. 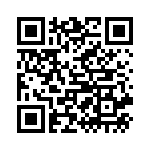