FROM NINEVEH TO NEW YORK: The Strange Story of the Assyrian Reliefs in the Metropolitan Museum and the Hidden Masterpiece at Canford School

All the elements for a great art-history drama are here, but this falls disappointingly short of entertaining. The great marble statues and wall reliefs of ancient Assyria (704612 b.c.) and its ... Š\┼¬Ą¹Įūź■żÕ 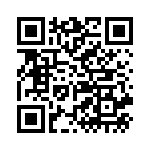