My review is for the abridged audiobook version read by the author. The author presents engaging profiles of nine American Presidents who persevered despite stiff opposition from either domestic or ... Š\┼¬Ą¹Įūź■żÕ

I heard Beschloss speak recently at a local college, sponsored by the National Endowment for the Humanities. He sounded just like his book: anecdotal, marginally interesting, uninspired. If you're a ... Š\┼¬Ą¹Įūź■żÕ

Michael Beschloss has been called "the nation's leading Presidential historian" by Newsweek. He has written eight books on American Presidents and is NBC News Presidential Historian, as well as contributor to PBS's The NewsHour with Jim Lehrer. He lives in Washington, D.C., with his wife and two sons. 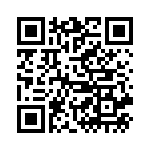