AUG 18 Grieving God's Way I requested this book to review as part of the BookSneeze program with Thomas Nelson Publishers. I received this book free and my obligation is to write an honest review ... Š\┼¬Ą¹Įūź■żÕ

A Beautiful Book on Understanding Loss

Margaret Brownley's son died after a prolonged illness. After three years of not writing a word, she wrote this lovely book , a 90-day devotional to help others facing grief and loss. It's been seven ... Š\┼¬Ą¹Įūź■żÕ

Margaret Brownley considers her writing a living memorial to the loved ones she has lost through the years. Grieving God¿s Way is a gift to her son, Kevin, who died seven years ago. Margaret started her career writing inspirational nonfiction and has published more than four hundred articles in such national magazines as Working Mother, Modern Bride, Westways, Instructor, and McCalls. She wrote a column for two years for a Woman¿s Day publication; her inspirational works have appeared in many devotional books including: Saying Goodbye When You Don't Want To (a book for grieving teens, published by Vine Books); A Moment A Day, Still Moments, and Songs From the Heart (Regal Books); and The Walker Within (a first person account of how the author walked her way through grief, published by Lyons Press). Her work has been published in The Catholic Digest, These Days and other inspirational magazines, and she is a contributing editor of Bereavement Magazine, which publishes columns from her book. She wrote several inspirational booklets on social issues for Community Intervention, some of which are on several family ¿recommended reading¿ lists. In addition to her nonfiction experience, Margaret is also the author of 22 novels written for Penguin, St. Martin¿s Press, Harlequin, and Time Warner. Her books have appeared on Waldenbooks, B. Dalton, and Ingram¿s bestseller lists. Her work appeared in an anthology that made the USA Today bestseller list and was picked up by Doubleday Book Club. The author has also written for a CBS TV show, and served as a consultant for a show that aired on 48 Hours. Her books have appeared in 14 languages, and an independent producer optioned one of her novels. Margaret has taught creative writing at the Learning Tree University for eight years, and is much in demand as a speaker. She is presently an editorial associate for Writer¿s Digest. A member of the Association for Death Education and Counseling, she is the founder of her church¿s Bereavement Care and Grief Center. 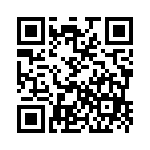