Writer William Godwin was born in Wisbech, Cambridgeshire on March 3, 1756. He attended Hoxton Presbyterian College and became a minister. He left the ministry in 1787 in order to become a full-time writer. His best-known works are Enquiry Concerning Political Justice (1793) and The Adventures of Caleb Williams (1794). In 1797, he married feminist writer Mary Wollstonecraft and they had a child who later became known as Mary Wollstonecraft Shelley the author of Frankenstein. He primarily wrote novels during his later years, including Mandeville (1817), Cloudesley (1830) and Deloraine (1833). He died on April 7, 1836. 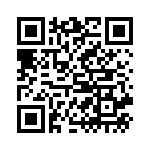