Betty S. Travitsky, archivist at the College of Staten Island, CUNY, is editor of The Paradise of Women. Anne Lake Prescott is professor of English at Barnard College and the author of Imagining Rabelais in the English Renaissance. 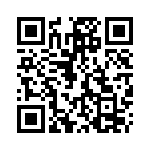