▓─ 281 ŁČ
Opinions , and very decided opinions , upon all matters of policy , both foreign
and domestic , he could not fail to have ... more likely to hurry him into that open
expression of opinion , that anxiety to mould the current of events in accordance ...
▓─ 321 ŁČ
In a memorandum written in the same year the Duke remarked that the opinion of
the supporters of the Catholic claims had not been changed by the violence of
the Catholic Association , and that the opinions of the adverse party bad been ...
▓─ 374 ŁČ
No Assembly has existed in France , from 1789 to the present day , which more
fairly represents all ranks and opinions of the nation , than that which was elected
in 1870 , and which , at the time we write , is still sitting at Versailles ; and ... 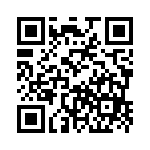