≤ń 60 ≠∂
The German battleship Bismarck continued to the south , and the shadowBismarck , at about 42,500 tons , with a main arma- ing continued with the object of delivering her to ment of eight fifteen - inch guns , was the most C.I.C.'s fleet ...
≤ń 19 ≠∂
Then , in the ment of decision came , he agreed to post - Civil War years °X indeed , for a accept the second spot . For his part , century , through the Eisenhower Kennedy decided several days be- Administrations the focus of nafore his ...
≤ń 14 ≠∂
With a Salton Hotray or Hotable you can stay ment before taking action . But , serene and relaxed , whether you are hostessing a large dinner Japanese intellectuals and leftists in party , small midnight supper or everyday family meal . 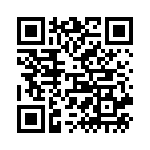