≤ƒ 111 ≠∂
But has there ever been , will there ever be , a First Lord or other ministerial
person , even of the Labour Party , who never took or will take °ß care of Dowb ? °®
Enough if the grossly incompetent are not promoted merely for being nearly
related to ...
≤ƒ 397 ≠∂
This is fully borne out by two anecdotes relating to this period told me by Count
Alexander Apponyi , then chargé d ' affaires to his father , the Austrian
Ambassador . One day the latter , when visiting Lord John , praised a handsome
stick that he ...
≤ƒ 398 ≠∂
out of these letters , he seems to have been superior to Lord Palmerston . In fact ,
though he made some mistakes , he was a highly successful politician until
December , 1851 , when he dismissed Palmerston . After that nothing went right . 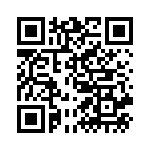