≤ƒ 29 ≠∂
The proposed buildings afford about 500,000 square feet of floor space. They will
be of brick, concrete, and steel. The principal building, south of the Court of
Honor, will be a Coliseum, 300 feet long and 200 wide, containing a covered
arena ...
≤ƒ 196 ≠∂
The militia armory and the ex-public market hardly count, and the art museum is a
charming little building necessarily forced into a subordinate role." This was in
August, 1891, and allowing for the usual exaggerations and personal antipathies,
...
≤ƒ 197 ≠∂
by Mr. Andrew Carnegie, who contributed $200,000 toward the building fund; the
balance of nearly like amount was contributed by three hundred and seventy-
eight Springfield citizens. As an institution, the library owes much to the labors of
... 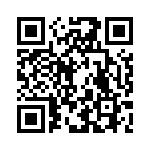