≤ƒ 31 ≠∂
Indeed , it is hard to see how the League can be effective for peace if it be
debarred from dealing with this matter . Yet , if the League interfere , even by
good advice , in this , why not in other matters ? Critics of the Covenant and its "
buttresses ...
≤ƒ 37 ≠∂
Long ago I pointed out that to attempt to enforce peace involved the impossible
task of stereotyping °ß territorial statutes °® which , sooner or later , the nations
would outgrow . It might be possible , for a time at least , if the °ß established
treaties ...
≤ƒ 54 ≠∂
But it has not been pointed out often enough that , while her policy gave an
impulse to the forces of war , it also weakened and discredited the forces of
peace . To quote Mr . Marvin again , it must be remembered that :The war broke
out owing ... 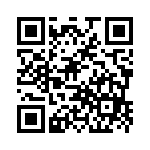