≤ƒ 480 ≠∂
of the duty of eight-pence three farthings, granted by an act passed in the twenty-
seventh year of his present Majesty's reign ; one halfpenny of the duty of one
penny halfpenny, granted by an act passed in the thirty-first year of the reign of
his ...
≤ƒ 533 ≠∂
... session of parliament, intituled, An acl for continuing and granting to his
Majesty certain duties upon mah\ mum^ cyder, ... (hall be granted by to be
granted parliament for the service of the year one thousand eight hundred for the
year and fix; ...
≤ƒ 597 ≠∂
they for the affairs of taxes, granted by two acts passed in the thirty- cepts to^the^
eighth year of the reign of his present ... windoivs, and duties granted lights, on
inhabited houses, and on clocks and watches-, and for ^ ^eo* 3- granting to his ... 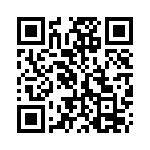